The Beginner’s Guide to Rumba Dancing 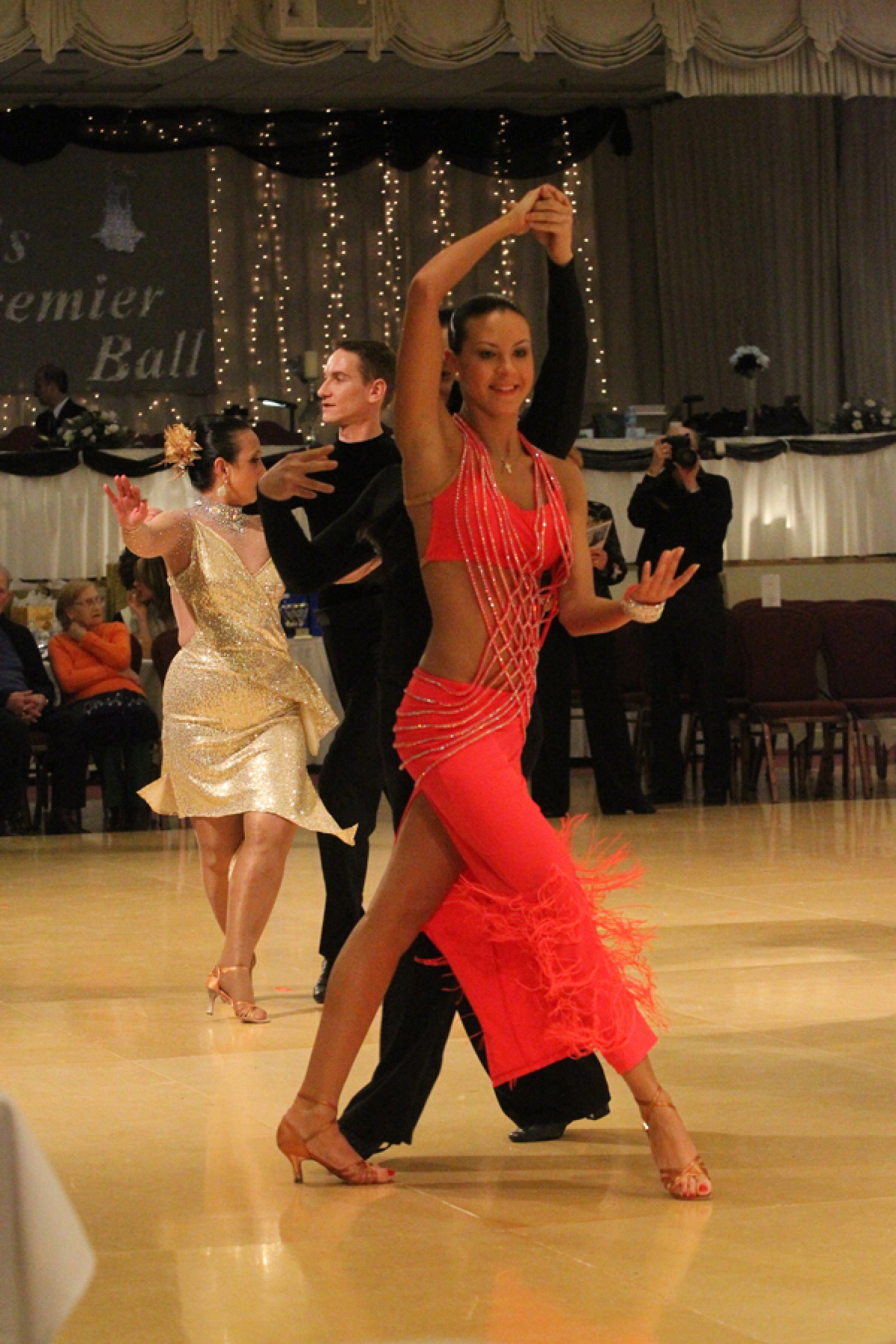 Welcome back to the studio! We’ve covered the guide to salsa dancing previously, and a lot of the same rules apply to rumba. Here’s a quick reminder of some wise clothing choices:

You might want to grab a water bottle as well – rumba is slow, but it can still make you sweat!

Before we go further, let’s talk about the two different styles of ballroom. American style is generally considered easier to start with, because it focuses more on patterns than technique initially. International is often danced more competitively, but can be danced socially as well.

Another big difference is that the American style rumba begins with a box, very similar to the waltz, while international style uses a side-forward-replace-side-back-replace movement – like a cha cha with the chaise removed. Good to know if you don’t want to step into the wrong class by mistake!

Okay, let’s talk timing: Officially, rumba timing is slow-quick-quick (2 beats in the music for a slow, 1 beat for a quick), and that’s how it’s taught for American-style rumba. International style uses counts, and you take your first step on beat TWO. So you’ll hear this: 1-2-3-4-5-6-7-8 (we step on the bold numbers).

Easy there, speed racer… Yes, rumba is a slower dance: that’s where a lot of the sensuality and romance comes from. Later on, you’ll fill those pauses in between your steps with some Latin hip action, or Cuban motion, as we ballroom-types call it.

Speaking of which, here’s another important distinction between American and international: The former uses bending and straightening of the knees to help drive hip movements, while the latter steps on a straight leg, relying on core and back muscles to rotate the hips. Compare the two styles with YouTube videos to pick your favourite.

You’re speeding up again. Okay, try this – leaders, start your lead a bit earlier. For example, start circling the hand slightly before you dance an underarm turn. Followers, be lazy! Respond to every lead slowly, letting the pressure build before you react. Taking the time to do this makes dancing easier, and yes, it’s more fun too.

Ready to test your new skills at a social? Better know what kind of music to listen for! Rumba uses a lot of percussion instruments, overlaid with romantic vocals, or piano and/or strings to give it more emotion. Or you can always cheat by watching the other dancers and see if you can recognize the moves.

Still stumped? Don’t feel bad – lots of dancers have trouble with the sound and timing of rumba music. Try practicing to some authentic rumbas at home – a few good examples are “La gloria eres tu” by Daniel Huezo, or “Satisfy My Soul” by Paul Carrack.

Finally, always look ahead down your direction of travel. While rumba doesn’t travel like a waltz, some patterns do move a fair bit. Just remember that an awkward change of direction is always better than a collision.

Want to learn from me? I teach a drop-in beginner rumba class every Wednesday at noon until December, after which the class will be available on both Tuesdays from 7-8pm and Fridays at noon. See you here!

Next week, let’s class up the joint with some foxtrot!