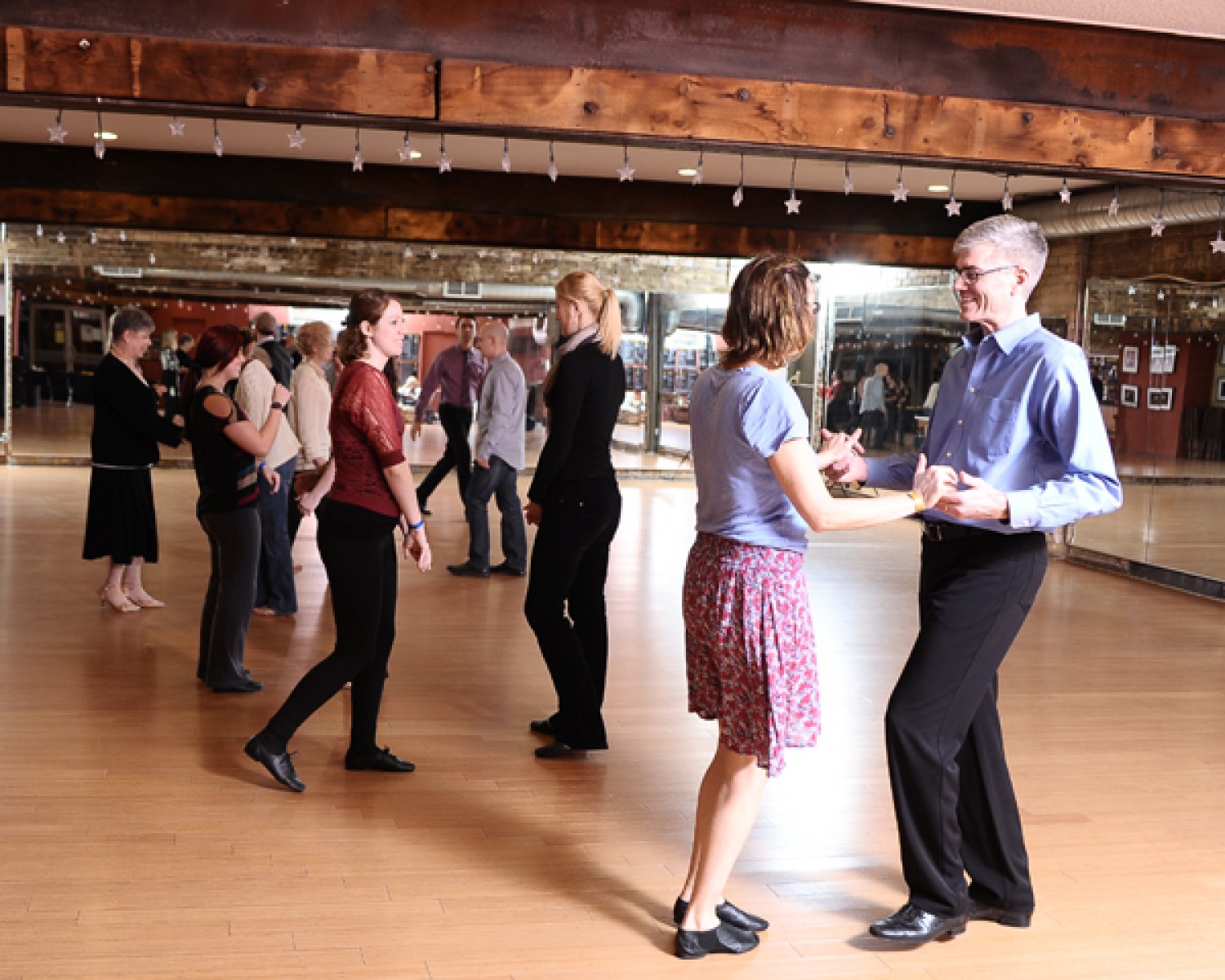 Care for a twirl? We ballroom dancers sure love our turns, whether we’re pivoting, pencil-turning, travel-turning, chaine-ing… Well, you get the idea. But if the mere thought of a turn makes you want to sit down, let these dizziness cures help you accelerate your learning – and your spins – with ease.

First, why DO we get dizzy? Years ago, some folks in lab coats dropped some science on the question, and found that the dizziness we talk about in dancing – namely, vertigo – occurs as a result of a conflict between our sensory input and what our brain actually thinks is happening.

Come again? Our brains process movement in a variety of ways, one of which is through the vestibular fluid that swirls around in our inner ear. That fluid takes a little while to stop moving, which is why the room still feels like it’s spinning after you take a break from Viennese waltz.

So what are those dizziness cures I was talking about? First, the brain is highly adaptable, and the more you practice the turns that get you dizzy in the first place, the less dizzy you will become – even without doing ANYTHING else. Nice, right?

Next, take a break from turning when the dizziness starts getting unmanageable – this isn’t like a muscle that only gets stronger when you push it harder. More likely, it will just throw off your turns more and more, putting you at risk of a hard trip to the floor. When the dizziness passes however, get back in the saddle!

One of the most commonly quoted dizziness cures is spotting. There’s a ton of material already floating around the Internets about spotting, but to quickly recap: It’s the act of focusing and refocusing on one point, before and after a turn. This reduces the amount of time in which you see the world spinning by, which increases that sense of vertigo.

As far as dizziness cures go, that’s pretty awesome. But there’s a few different ways you can approach it. For example, in dances that turn more gradually, like Viennese waltz, you mind spot multiple places along the wall, instead of just one (I usually recommend spotting two points ahead of and behind the direction you are traveling).

In the latter example, you would spot with your eyes, without moving your head. If it was a turn in place however, like the underarm turn in Rumba or Salsa, spot with your nose instead – that means rotating your whole head, while keeping it level (not tilting), to face the thing you are spotting.

Sometimes, we create the problem by over-rotating. For example, Viennese waltz reverse and natural turns do not constantly rotate – we turn quickly on one half of the turn, then more slowly on the other half, allowing our partner to get past. Other turns can be broken into smaller parts to be made more manageable.