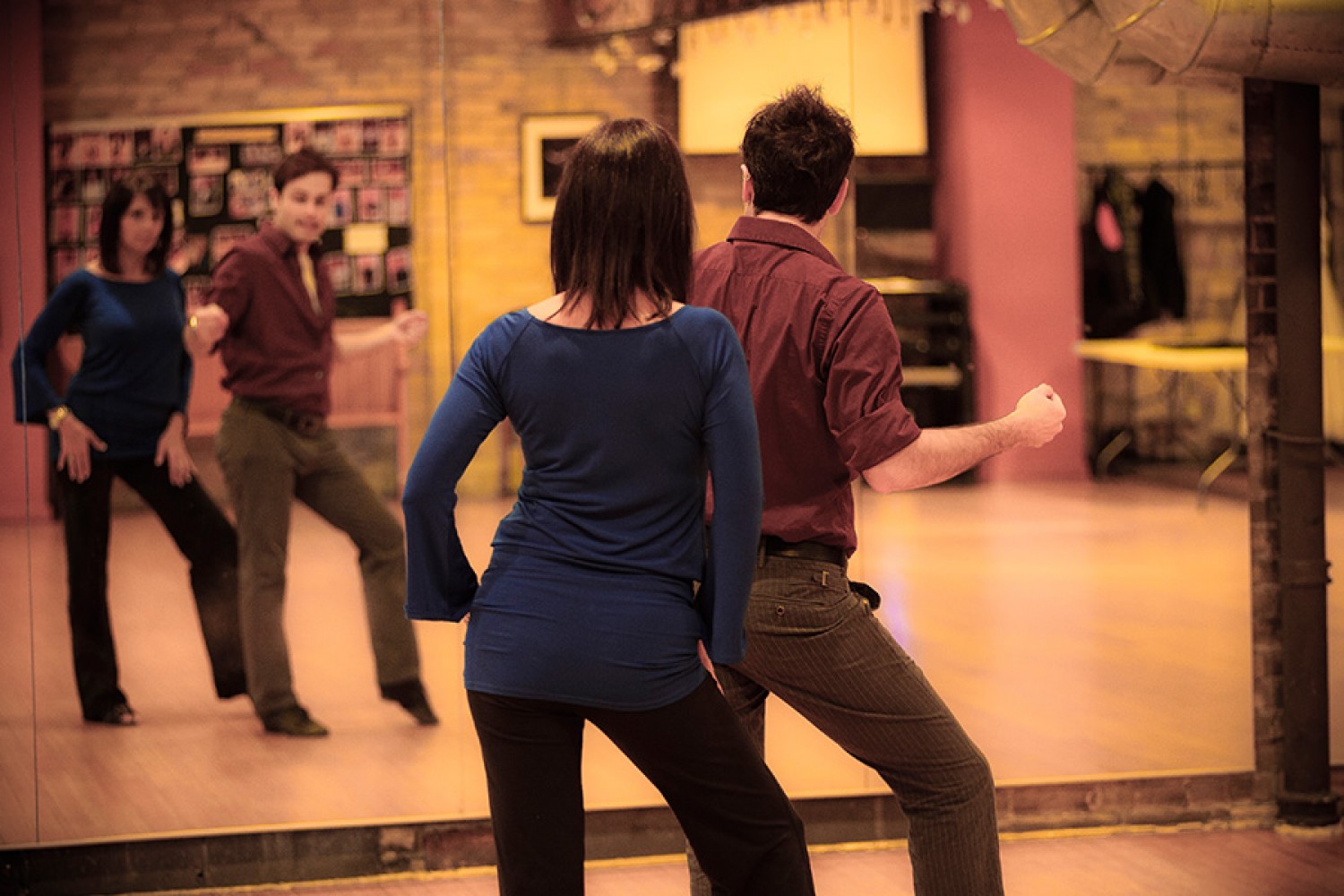 So, now you’ve dabbled in a number of different Latin and ballroom styles. Think you’re hot stuff yet? Not so fast – one dance we haven’t covered is truly unlike any other, and that’s west coast swing dancing.

First of all, if you’re sick of all the fancy clothes, now’s your chance to dress casual! West coast swingers pride themselves on their relaxed, pedestrian look – hurray for jeans, T-shirts and yoga pants!

The first thing you might observe is the leaders seem to move in a circular motion, while the followers move in a straight line, first one way, then the other. This latter is called the “slot” in west coast swing dancing, comparable to a watchband, while the leader moves around the central display area of the watch.

Used to leaning forward to create connection? How about stepping forward as the leader, and backwards as the follower? Bad news: It’s all backwards in west coast swing dancing. Dancers stretch away to create a pulling sensation, then the leader guides the follower down the slot by stepping backwards. Yep, get practicing.

Leaders, don’t expect to run this dance like you do the other ballroom styles: Followers have a lot more say in what happens in west coast swing dancing, and can even interrupt or “hijack” a lead, although how often and when this is best done is debatable.

As you grow more comfortable with west coast swing dancing, instructors will introduce alternative ways to do an element – for example, making a ronde instead of an anchor step – or repeating an element to extend the step. Expect this kind of play and creativity to gradually infect the rest of your ballroom dancing. Don’t fight it – it’s good for you.

As if that wasn’t creative enough, musicality plays a huge role in west coast swing dancing as well, although you won’t see much of it at the beginner levels. Think of matching the energy level of the music, by slowing down or speeding up certain elements for example. Watch any Jack and Jill competition to see what I mean.

The social dance scene might look intimidating – fortunately, west coast swingers tend to be a lot more open and willing to dance with beginners than other dance styles. Just jump in and start asking!

In summary, west coast swing dancing can be a tougher dance to pick up, but one of the most fun for those who like to break the rules a little. Almost any kind of movement can find a place here, so you might end up supplementing your westie training with hip hop, jazz, or other dance styles.

Currently, Steven James teaches advanced beginner and intermediate classes at the Joy of Dance Centre at 7pm and 8pm respectively on Fridays. Stop by if you’re interested!