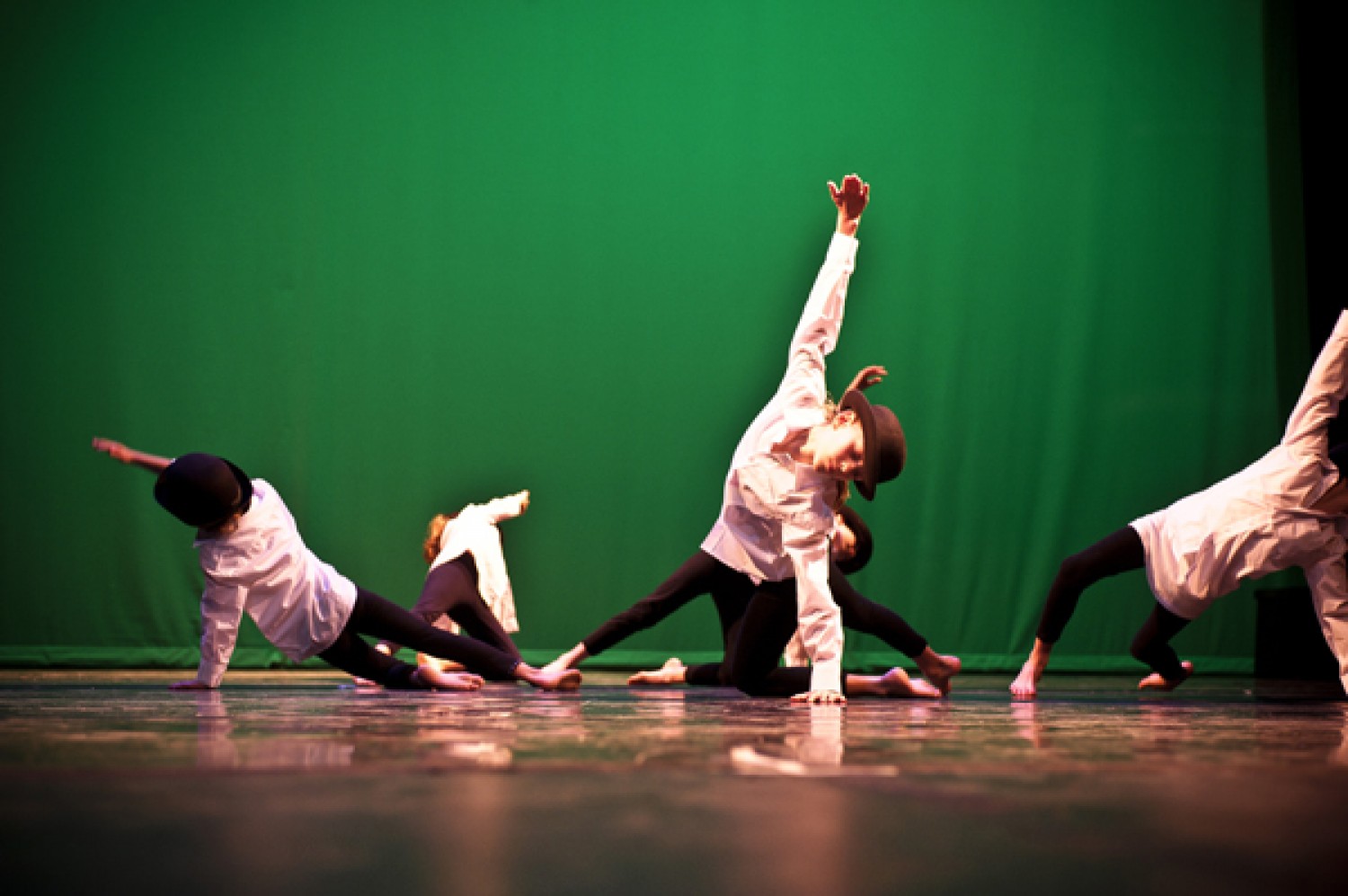 Cutbacks in the arts have become an all-too-common phrase these days. It seems like few people – beyond parents, some teachers, and the kids themselves – see the benefits of artistic activities in the public school. Dance is particularly shunned, yet has proven to be uniquely great at turning that C- into a B+.

My own school experience was somewhat lackluster: For years, I sat in uncomfortable chairs, struggling to memorize facts I was unlikely to need later in life, all the while wishing could just get up and DO something. My kinesthetic brain rejected much of what I learned, simply because that was not the teaching style I was adapted to.

Why is dance so low on the academic totem pole? Most people believe intelligence is associated with mathematical and deductive reasoning; i.e. sit in a chair, study the material, and complete the assignments. But increasingly, scientists and school admins are appreciating the connection between body movement and mental ability.

It’s like this: When kids are born and start growing and developing, they create schemes, ways of interpreting and interacting with the world (Piaget, 1972, 1990). These schemes organize knowledge and provide a framework for future learning.

As children move around and explore their world, those schemes are strengthened, wiring together the motor cortex and other brain structures dealing with thinking and feeling (Feldenkrais, 1972, p.39). These schemes gradually become intertwined to form the basis for social cues, worldviews, academic performance indicators, and others.

The reality is that learning and thinking are more connected than people think. Through dance, children learn autonomy, and the ability to manage themselves in many different situations, in both the classroom and the playground. And there’s plenty of science to back it up.

One of the largest – a wide-scale review of more than 850 studies – looked at the effects of physical activity on school-age children. A whole platter of attributes were observed; everything from obesity to bone density to academic performance. And indeed, when the dust settled, strong evidence was found that “physical activity has a positive influence on memory, concentration and classroom behavior.”

Dancing sure counts as physical activity – but was it as effective as other types of activities, like playing sports? You bet! Another study by the Arts Education Partnership determined that kids who danced showed improvement in reading comprehension, speaking, and writing skills.

Older kids can also gain increased benefits through dance. Carter (2004) gives some examples: “the spatial designs and angles of the body are expressed with geometric terms; an understanding of anatomy and physics are needed to properly negotiate the body in space with proper technique and alignment; (and) historical and cultural concepts are important to the understanding of intention and style”.

Dance has a psychological benefit for school performance too: Many students, after struggling initially with the classwork, start fostering the belief that, maybe, they just can’t cut it (Pajares & Schunk, 2001). This belief then sabotages their future performance.

The good news is most of these kids simply learn a different way (as I do), and dance can help them discover they are just as brilliant as everyone else. By activating the kinesthetic brain, the one that learns by doing, the child can restore his or her confidence and carry that knowledge back into the classroom.

Dance is often seen as inferior to academic studies, when in fact it is so similar it acts like cross training. By approaching the learning process from a unique direction, it gives the kids who resist the cookie-cutter approach an honest chance to discover their inner awesome. Now THAT’S something worth dancing about.