Getting out of the studio with Joy of Dance 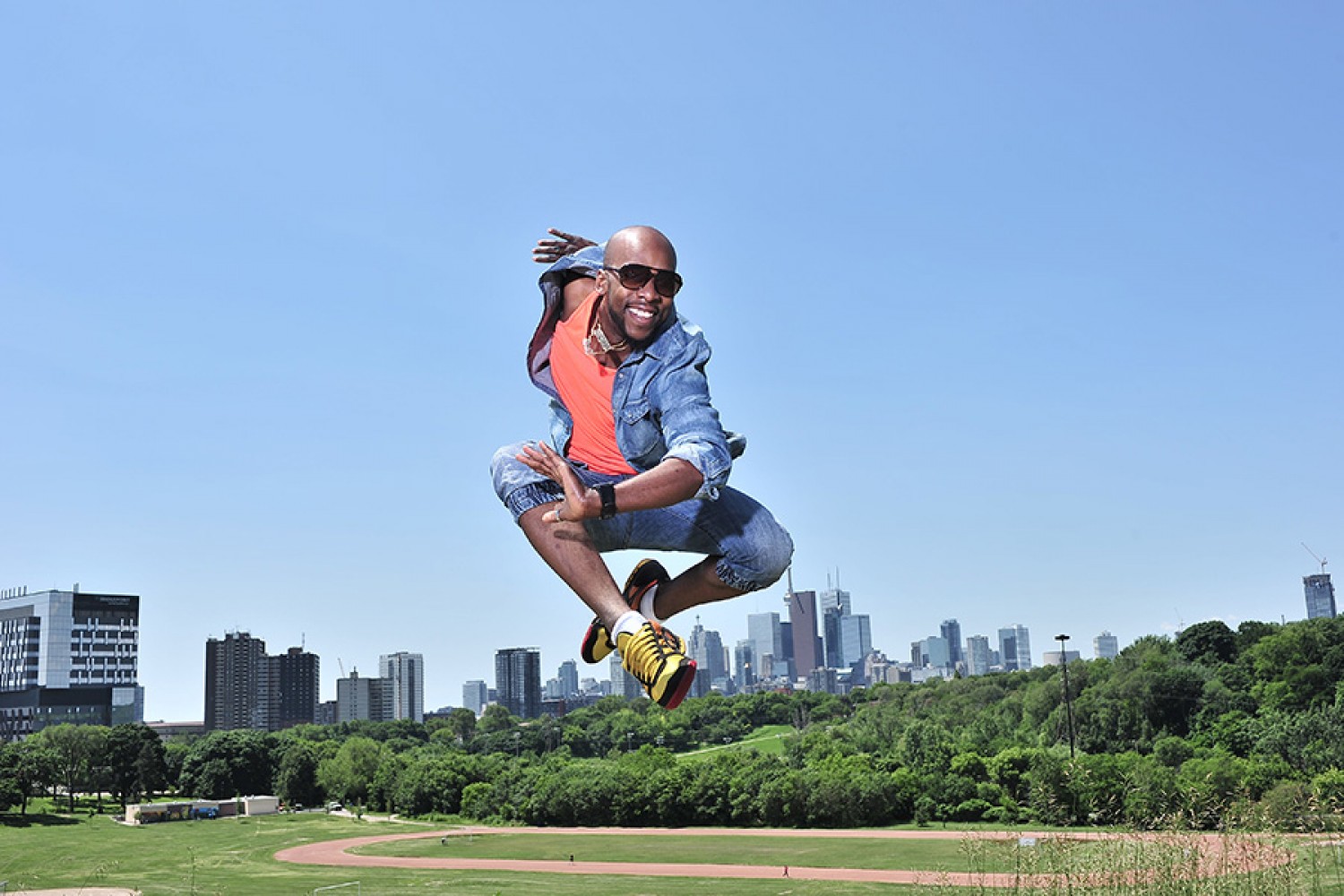 Recently, Joy of Dance had the opportunity to bring a few lucky dancers out of the studio and into the city to dance in front of friends, family, and strangers at two separate events.

The annual Toronto Waterfront Marathon sponsored by Scotiabank might seem like an unlikely venue, but it was a great way to get out and have fun while dancing in the streets of Toronto. It was a beautiful sunny day and 26,000 runners participated in the event while even more people cheered them on.

At first, the nine dancers from the Performance Group weren’t sure what to expect, who was going to be the audience, or when exactly to start. But once they got into their starting positions, the hours of practice helped them focus their minds, calm their nerves, and the familiar routine became an awesome performance.

They danced for 90 minutes on the corner of Lakeshore Blvd. East and Coxwell Road with an exciting, high energy routine and the spectators and cheering crowd loved it and gave them a rousing round of applause. They loved it so much, that they were called back on to repeat the routine as an encore!

Just a week later, other Joy of Dance students were out in city showing off their skills, love of dance, and Hallowe’en! The Competition Team, or what was known as the Competition Team became skeletons, werewolves, and other scary characters dancing at the prestigious Roy Thompson Hall for the Toronto Symphony Orchestra’s Hallowe’en Symphony Spooktacular.

They performed a few different routines before and during the concert. First, a pre-show performance in the lobby – in front of a jam-packed audience sitting on the floor and standing shoulder to shoulder – brought lots of joy, smiles and applause.

Then, with everyone in their seats in the concert hall, the Competition Team got out on stage and performed to live music with the full orchestra! It was truly spectacular and a feast for all of the senses in an unforgettable performance for audience, orchestra, and the dancers.

Deborah Lim fell in love with the beauty of ballet as a little girl. As an adult, she rediscovered ballet and other forms of movement and dance. She’s dances at Joy of Dance, taking classes in Argentine Tango, West Coast Swing, and the RAD Ballet Program.